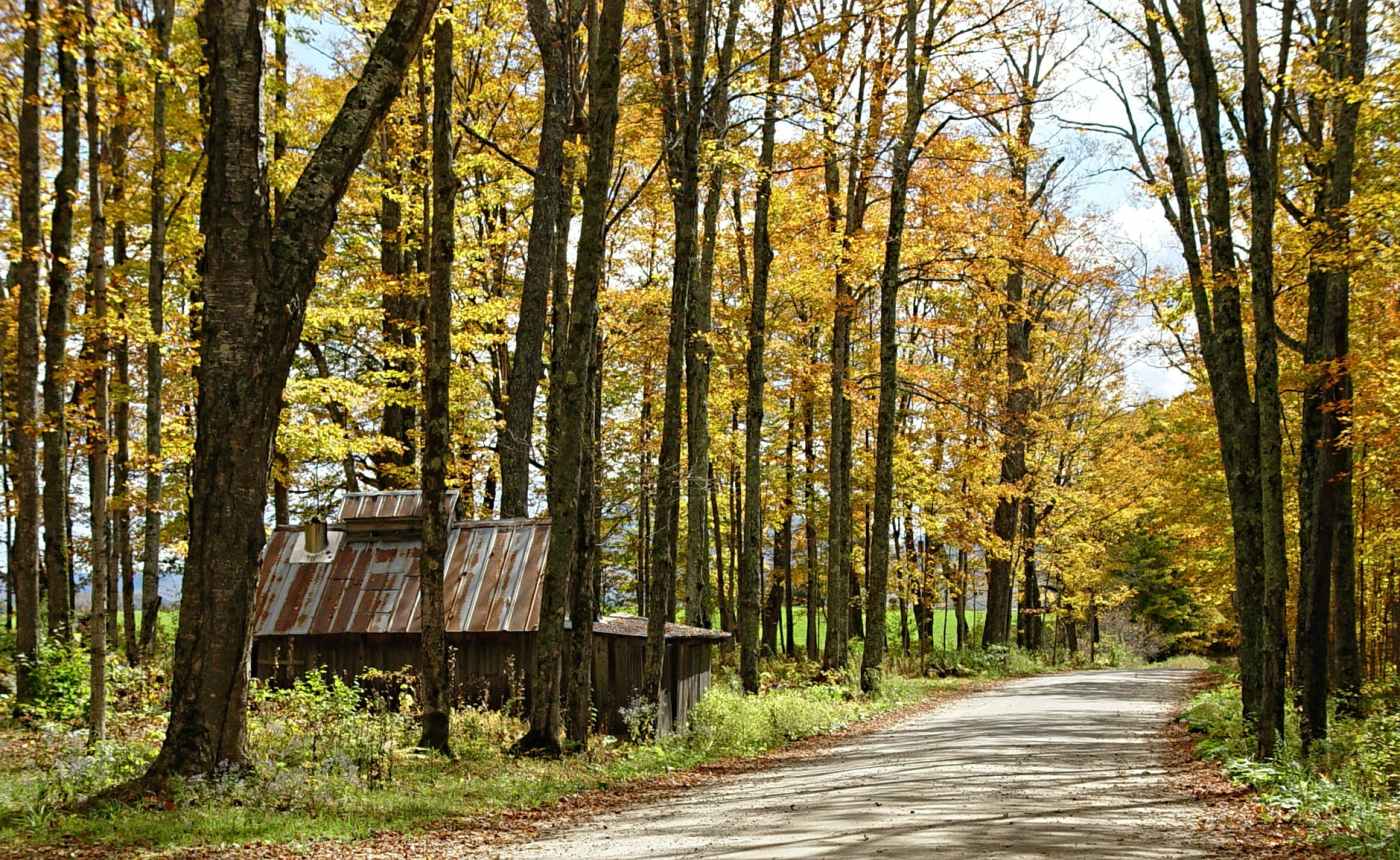 Midnight jogs helped clear my head. Or maybe they just numbed me to my own thoughts. Run until it hurts. Run until all you can think about is where your next breath is going to come from. Run until you can’t think at all. The emptiness was welcome. Silence was a stranger to me except during those long nights, when I could quiet the world one footstep at a time.

I stuck to my neighborhood in the beginning, running the same beaten track around my block until I’d memorized every inch of it. When that was no longer enough to quell my thoughts, I started going further. Just a road further, then another, until I had escaped the confines of the development and was on the country lanes beyond. I never meant to go that far, but the worse things seemed to get, the harder it was to stop myself and turn around.

The worst part was I didn’t even know what I was running from.

I had a good job. A good girlfriend. A good life, objectively speaking. By all accounts, I should have been happy, or at the very least content. But there were undercurrents I didn’t share. So much self-doubt. Loathing. I could paint on a pretty smile, laugh along with friends, play the part of happy, and everyone would be so comfortable with the mask that they never noticed the seams.

And I found the house.

It was a tiny cabin, dilapidated with age, its windows heavy-lidded eyes staring toward the road. I must’ve passed it a hundred times without ever noticing it, hidden behind its tangle of overgrown weeds and drooping trees. I would’ve gone right by again if it hadn’t been for the voice.

I stumbled, almost tripping over myself, in surprise, and stopped at the foot of what had once been a dirt driveway. The house was cast in pitch black, save for a tiny orange glow in one of the sagging front windows. A silhouette was outlined in the candlelight.

“Hey,” it said again. The voice was soft, raspy, and I couldn’t tell if it was male or female.

“You wanna come inside?”

I frowned, instinctively taking a step back. No matter how I squinted, trying to make out any kind of definitive feature on the person’s face, all I saw was shadow. The heat of tingling nerves fanned across the back of my neck.

“It’s nice in here,” the person said, a smile in their tone. “Nobody bothers you.”

“No,” I replied shortly, and turned away.

I continued on without answering. When it came time to go by again on my way home, I made sure I was on the opposite side of the street. I needn’t have worried, though. The cabin was dark again, and the window empty.

I couldn’t stop thinking about the cabin or its occupant even after I got home and crawled into bed beside my girlfriend.

Work was hectic the following day. Deadlines had been pushed up, projects hadn’t been finished, my boss was constantly at my desk asking for updates. I escaped to the bathroom and sat in a stall, rubbing my temples. Between thoughts of how to fix this and that, the whispers seeped in. I wasn’t good enough, they said. I’d never be able to get it all done. I was useless, already failing.

I left the sanctuary of the stall and drowned them out with handfuls of water from the sink splashed against my face.

A coworker walked in and gave me a funny look that was dangerously close to seeing through me. The mask slipped back on on its own, no thought required.

“Crazy day, huh?” I said with a beleaguered smile that begged for solidarity.

She chuckled, back on common ground, and I knew my disguise continued to hold. “That’s a word for it.”

We bid each other good luck with the rest of the day and I quickly left despite everything in me crying for just one more minute, one more second, of precious time away.

I made it through to 5 and drove home in silence. Music was too loud. Having the window open was too loud. My thoughts were too loud. At home, I listened to my girlfriend recount her own day, adding little laughs or comments where necessary, while we made dinner, then we spent more time trying to figure out what to watch than actually watching something, and then it was time for bed.

“It’s almost 10,” she said. It was cute how her eyebrows bunched in the middle when she was skeptical.

I promised her I would and changed into my running clothes. The night was hot and humid and pushing through it was like wading through pea soup. Crickets sang me along the lonely road once I got outside my neighborhood and I focused on their sound and the sound of my sneakers slapping against pavement.

The same voice from the night before. Low and rasping, but friendly. Inviting. It was enough to make me stop. They were silhouetted in the front window again. I could feel them watching me.

“You wanna come in?”

“Why are you asking me that?”

I swallowed hard. “Need what?”

“You sure?” they asked, same as before. “Nobody bothers you. It’s quiet…”

“So quiet,” I murmured under my breath.

They made a sound that might’ve been a chuckle. “Yes. So quiet.”

There was no question in their tone, but I said, “Yeah, maybe.”

I turned around then and there and went straight home instead of going on like I usually would. The certainty with which they’d said we’d meet again sent goosebumps rippling up my arms.

They were right though. The next night, I slowed at the edge of the property, when it was still hidden by the trees, and considered avoiding the cabin and the person inside. But something tugged at my gut, a desire for even a few minutes with a kindred spirit who somehow saw beyond the smile. The one who kept promising me quiet.

“Hey,” they said before I’d made the decision to step into view.

Yes, was the easy answer, my go to answer, so I was surprised when I said, “No. I don’t think so.”

“It’s hard out there, huh?” Sympathy oozed from their words.

The whispers told me I was just burdening this kindly stranger with my bullshit, the same I did with everyone. I had no right or reason to complain. No one would, could, take me seriously. I was an idiot for thinking they actually cared.

We went quiet and I looked down at the ground, trying to blink back the tears that had sprung up without warning.

“You wanna come inside?”

I looked up at the sound of the front door creaking open. Light spilled on to the derelict porch from inside, so warm and inviting.

I bit my lip, glanced over my shoulder, toward home, but started toward the light. Distant music floated from somewhere inside, as if there was a party impossibly packed away somewhere in the small interior. Instead of being just more noise to further cloud my blackened thoughts, it sounded lighthearted, exciting. Free.

I wanted to join that party more than anything.

I placed my foot on the porch’s first step. It groaned beneath my weight.

“Come in,” the silhouette encouraged.

Another step. The music was sweet.

The smell, however, was not.

I gagged and threw my arm over my nose, trying to block out the rancid stench, like thawed meat in a broken freezer. The music dimmed. The silhouette remained in place.

So close to the entryway, I had a line of sight into the cabin. There was no band playing, no partygoers. Just a dark figure in front of the same window where the silhouette was outlined. Flies hummed around it, their wings beating back the music until it was gone. A rope creaked heavily as the figure swayed.

“Who are you?” I whispered, my throat painfully tight.

“Someone like you,” the raspy voice came from the hanging figure. “A runner who needed to get away from the noise.”

I staggered backwards, down the steps, arms half out to keep me upright.

“I…I’m going to go,” I croaked, still compelled to respond.

I spun on my heel and charged away from the house, my heart pounding against my ribs. I wanted to scream, but I couldn’t force it past the fear threatening to strangle me.

From over my shoulder, the rope creaked, the flies buzzed, and the rasping voice said, “Don’t worry. You can come in when you’re ready. It’s an open invitation.”