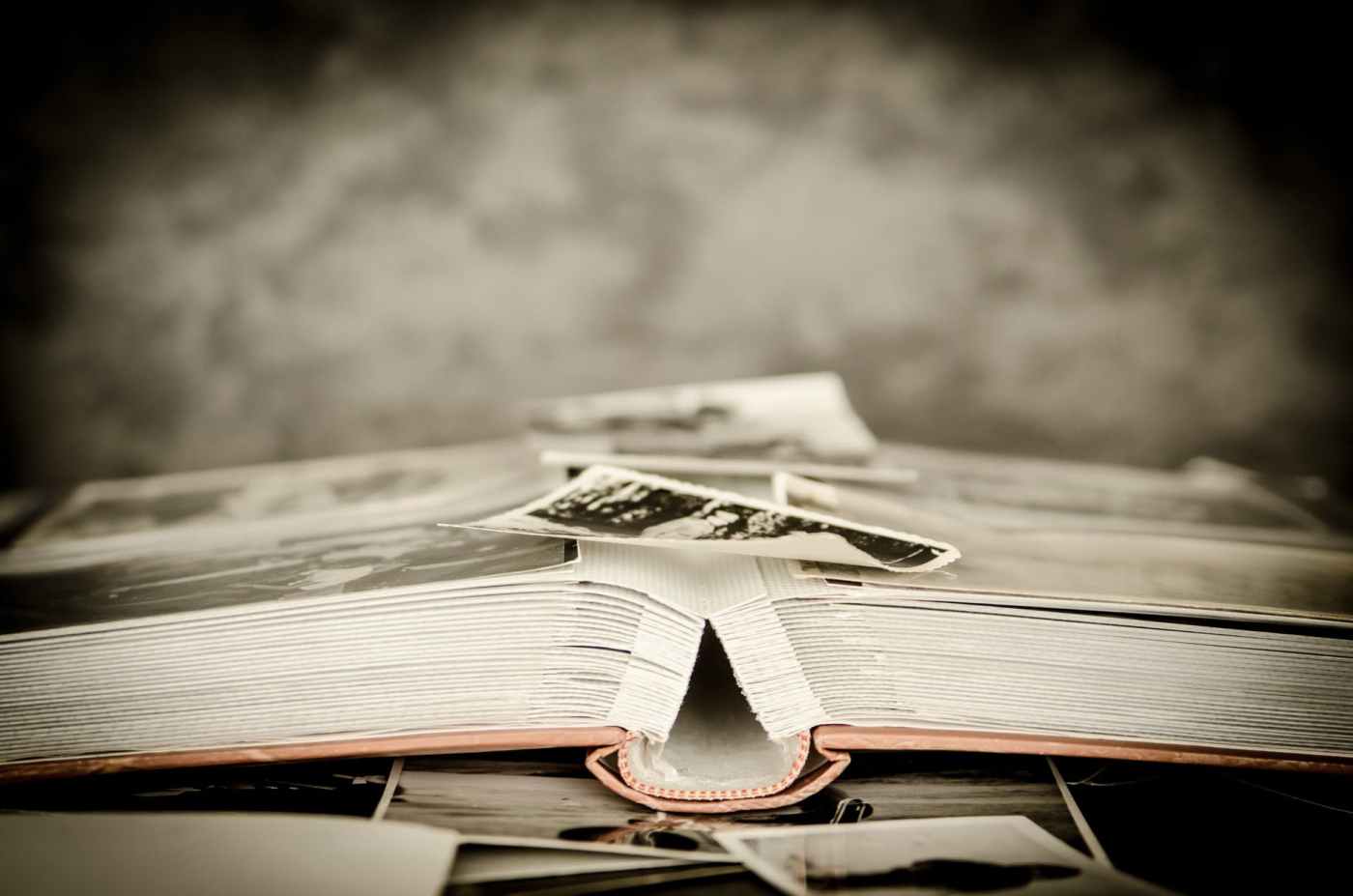 I know what happens to you when you die: You become a file.

If you led a good life, that is to say, one filled with first class travel, designer labels, and a “small” villa in the French countryside, you’re a fat file. If you were the Average Joe, you end up an average file. And if you were a nobody with nothing? Well, sorry, being dead doesn’t change that.

We had rows and rows of Joes and Nobodies in our office, but our fair share of thick, heavy accordions reflecting lives well lived, too. We liked those best. Even after taking the long nap, they still managed to rack up the biggest bills.

Death is never a pleasant business, but it is a lucrative one.

Novel writing? Not so much.

And that was how I ended up alone in a small strip mall office, “writing” memoirs pieced together from whatever fragments of life grieving families could give me. We promised to preserve memories and honor the dearly departed, all bound in a hardback cover starting at the low, low price of $49.99 (installment options available upon request).

What I actually did was go through whatever we were given, letters and photos typically, and scan them. Afterwards, I’d arrange them in chronological order, adding captions gathered from a prior interview and some pretty clip art to fill up empty space, and I’d send the completed file to our printer. In a couple weeks, we’d receive a box with a dozen “one of a kind” In Loving Memory books just waiting to be forgotten on a shelf.

Bing, bang, boom, here’s your deceased loved one’s face on the cover, will that be cash or credit?

It always struck me as being kind of parasitic. We waited in the obituary section of the paper, they died, we’d send our condolences along with a business card offering our services to wherever the funeral was being held. Is there a lower point than hoping you can strike a sentimental nerve at its most vulnerable? I didn’t think so. Not that that stopped me from doing the work. Bills don’t get paid by being morally conscious. I could live with feeling like a bit of an asshole if it meant being able to pay my rent and feed myself.

What I had trouble living with was Addley Poole’s smile.

It came in an email. A single attachment to a brief message asking if we could take on a new client. There was no name or telephone number, just the email address, STMail at a popular domain name dot com, and the picture. Her smile was wide, unashamed of its missing teeth, and she had bright green eyes. Even in a photo, there was such liveliness to her. She was only 8 years old according to a handwritten message in the lower left corner.

Only a year after it was taken, she was sitting in my inbox, waiting to become a very small file. It wasn’t fair.

I went to my list of copy-and-paste email templates and selected my least favorite: Re: Loss of child. It included our sympathies, a list of options geared toward bright, colorful designs meant to bring some light back into your life, and our prices.

How much was your child worth to you? How much did you love them? Enough to spring for the deluxe $200 package? Come on, Mom, she’s worth it!

I hated hitting send on those.

ST got back to me shortly after. They wanted a mid-tier book in pastel shades, arranged, as most are, from oldest to most present. The initial photo was, to my surprise, meant to be the first.

A sweet sentiment. I’d find a way to incorporate it.

I sent over a contract, which was returned promptly and barely looked over before I filed it away, and a request for more pictures, drawings, notes, anything ST wanted included. I was told to expect a package in the coming days so that we could scan the stuff on our high quality machines.

Sure enough, three days later, a box addressed to me arrived and I cut into it. Addley and her gap-toothed grin were waiting for me. It was the same school photo I’d gotten in my email. Underneath it were a pile of others, along with some art and letters written in big, childish scrawl. Each had a date on the back, going forward from that photo in October 2010.

My heart sank as I went through them.

She was in a big, white room in each photo after the school portrait. It had a sterilized, hospital vibe to it. In some, she was at a table with crayons and markers. In others, she was watching TV from a couch or sitting on the floor with a boardgame. All normal kid stuff. And she was smiling in each, but there was something off about the expression. It was strained. Nervous.

That was the usual suspect when it came to children.

As I continued sorting, I couldn’t help but notice that she was getting thinner and paler as time went by. Dark circles formed around those green eyes, now far less bright. Even her hair looked brittle. Toward the end of the stack, the only photos were of her lying in bed, a frail, tiny thing. She was still trying to smile, now a haunted expression, right up until the last one. The one where her eyes were half closed and unfocused and her hands had been folded neatly over her chest.

It was dated only a week before.

It was a terrible progression. I felt like I’d just watched a little girl slip away. Why her parents wanted that, of all things, immortalized, was beyond me. We all grieve differently, though, and I couldn’t begin to understand what they were going through.

All I could do was give them what they wanted.

I arranged the photos alongside letters and drawings, all stick figure families in front of square, four windowed houses, with similar dates. Most of what Addley had written was the same in each: I miss you. I want to go home. Don’t forget me. How frightening and lonely it must have been for her in that place. Did she know what was happening? Did she understand? She must have.

It was better not to think about it. Detach, separate, just get it done and move on.

I pasted my scans of Addley, her words, and her art on light pink pages bordered with hearts and small, fuzzy animals. It was a popular choice for young girls.

I was only all too happy when the job was done and I sent it away to be printed. Since it was a remote order and no one would be coming in to pick it up, I wouldn’t even have to see the finished product. It’d just be shipped out to the address on the contract.

A week and three days after I’d said my goodbyes to the smiling child, the office phone rang.

“Is this some kind of sick joke?” A man shouted down the line. “Where did you get these? Who are you?”

It was one of the first times I’d ever found myself at a loss for words.

“I’m sorry,” I stammered. “What is this regarding?”

“What is thi — what is this regarding? My daughter! Addley Poole!”

“Was there a problem with your order, sir?” I switched on my customer service voice.

“Oh yeah, there’s a problem,” he snapped, his voice tight and angry. “I never placed a fucking order.”

There was more yelling, a little crying, and no room for me to get any words in edgewise. When I hung up, all I was able to take away from the phone call was that I should expect a visit from the cops “shortly”, which turned out to be an hour later. Two cars rolled into the parking lot outside the shop, their lights flashing, and three uniformed officers and a plainclothed detective came inside. One stayed by the door while the others crowded around my desk with a search warrant.

One of them, the big, bald detective, asked me questions about Addley Poole. How’d I get the order? Who placed it? How’d I get all the photos and such? Where were they now? Rapid fire and relentless, he pressed me for any and all information I had regarding the girl. They took away her small file, said it was evidence. My computer was next up for grabs.

“The contract, where is it?” The detective demanded.

In response, I went to Addley’s electronic file and opened up the contract I’d been too busy to look over with any kind of care. The shipping address was her parents’, as was the credit card information, but the signature at the bottom didn’t belong to either Mr. or Mrs. Poole.

It was signed Smiling Thom.

The detective told one of his team to take the whole PC tower.

“Wait, what’s going on? Why are you doing this?” I asked, wondering how much trouble I’d be in with the boss over losing my only means of work.

“Of what? Did something happen to her at the hospital?”

“Hospital?” The detective shook his head. “Addley Poole was kidnapped last year. We’re trying to find the sick fuck who took her.”

That was only the half of it.

I shut up the shop after the cops left and went straight home. I told myself researching it would only upset me, but I had to know. What had happened to Addley Poole?

Addley had lived a few states away from where I was. She’d been taken one morning while walking to school. Her family had spent almost all of their savings trying to find her. There were press releases and search parties and they appeared all over local TV, but it didn’t help. She didn’t come home, and they decided to accept their fate.

There’d been a funeral held with an empty casket for her. Reportedly, hundreds had attended.

On the anniversary of her disappearance, only a few weeks after her parents had stopped the public search, Addley’s body was returned home. She was curled up in a box and left on their front steps. A note had been pinned to her jacket saying she deserved better, that she was a good girl. That they should have kept looking.

It had been signed Smiling Thom.

Addley’s school portrait was part of almost every article. It was the last picture of her with a real smile. It was so different than the other one I’d seen: That strained, nervous, gap toothed smile that faded more in every photo.

I had thought it looked odd even when I first saw it. I didn’t know why then. I didn’t recognize it for what it was.

The smile of a child, lost, scared, and alone.

The smile of a girl staring up at her killer.

The smile I now see every time I close my eyes.

One thought on “In Loving Memory”