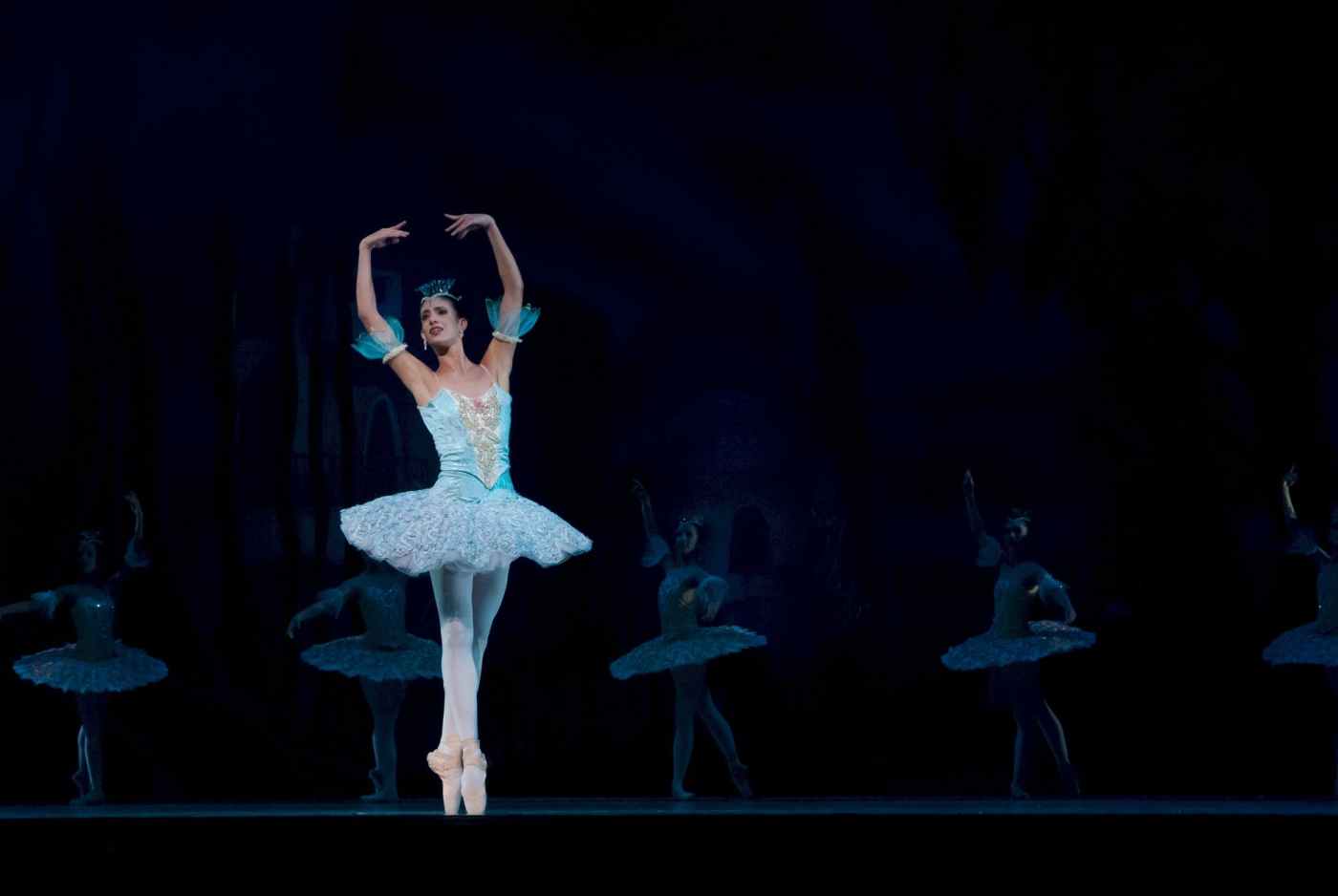 Granting final requests is a kindness that my company specializes in. While we offer our services to anyone in need of them, our primary clientele is the elderly. Oftentimes their desires are simple: Sit with me, listen to me, remind me that I’m worthwhile. Remind me that I’m still human.

It’s a heartbreaking line of work, but being able to provide even the smallest bit of comfort in their final days makes it all worth it.

I have a number of folks that I’ll always carry with me: Ada, the World War II nurse who had done her own fair share of attending others in their last moments. Philip, still a large man despite his age, who told me matter-of-factly about the time he beat a “real son of a bitch” to death for trying to lure his daughter from the schoolyard and how he’d do it all again, including the prison sentence, in a heartbeat. Petra, who had fled the Eastern Block as a young woman after watching family members suffer and starve.

Theirs were tales of such love and loss and, in the end, all they’d wanted was for someone to hear them.

None, though, will remain with me as vividly as Antonio Gazpaci.

He was an 82 year old resident of Twilight Terrace, a retirement community that offered palliative care for those with terminal illnesses. Antonio was one of them. He had developed prostate cancer and was given three months to live as a generous estimate. Two days after he received his Final Notice, as he called it, my office received a call on his behalf.

His request was a simple one: He wanted to visit the theater.

“But not while there’s a performance going on,” the coordinator said. “Apparently he has some ties to the place and just wants to sit in the audience for a while again.”

“Nothing like that. He’s refused further treatment. He is in a wheelchair, though, so you’ll need one of the accessible vans.”

Antonio was waiting for me outside with a nurse when I arrived. He was a shrunken husk, papery and brittle, and I worried he wouldn’t make it into the van, much less survive the trip.

His nurse helped me get him settled, but when she tried to climb in after him, he shooed at her with a blue-veined hand.

“You know that I need to accompany you,” she replied patiently.

After a bit more back and forth, I pulled the nurse aside and suggested she follow in her car. It would help prevent any further agitation to our now-mutual client. She frowned, but finally agreed. With Antonio secured in the back, I got back into the driver’s seat and pulled away from the curb. It was a quiet drive. My attempts at conversation were met with silence and the old man just stared dully out the window all the way to the theater.

He only started to liven up when the building, a Golden Age classic from the roaring ‘20s, came into view. He even managed a smile as I got him out of the van. I motioned for the nurse to stay in her car after she’d pulled in; I wanted Antonio to be able to enjoy his visit.

“The owner has granted us special permission to have the place all to ourselves for an hour,” I said as I wheeled him towards the side door, where a staff member was waiting to let us in.

The inside of the theater was brightly lit, illuminating the grand stage and row upon row of red upholstered chairs. We were led to a VIP balcony box overlooking it all. The staff member asked if we needed anything before departing to tend to other duties, leaving just the two of us to admire the view.

“Were you a performer?” I asked. My voice sounded so loud in the quiet space.

Antonio shook his head once. He was gazing down at the stage and, for the first time that morning, there was something of a twinkle in his watery eyes.

I decided not to interrupt what was obviously an emotional moment for him and sat back in my chair.

“I used to come here when I was a young man,” Antonio said quietly after a time.

I perked up. “You enjoyed the shows?”

“I enjoyed the women.” He gave a weak, dusty chuckle. “The actresses and dancers. Especially the ballerinas.”

Overhead, all of the lights save for a spotlight on stage dimmed suddenly. I looked around in surprise, but it appeared we were still alone.

“I’d come and I’d watch them, every Saturday night,” Antonio continued, undisturbed. He even seemed to be leaning forward slightly. “Gotta lot of fond memories here.”

From somewhere around the stage, the first notes of a classical song drifted softly into life.

“It seems they’ve planned a special performance for you!” I said.

I was touched by the display. That they would go to so much trouble to make a dying man’s last wish that much more meaningful was enough to choke me up. Antonio’s shining eyes were riveted below.

The music, still gentle and slow, grew in volume, and a lone figure came sweeping onto the stage. She was slender and beautiful in a white costume that flowed around her with each movement. Everything she did was precise and graceful. The ballerina leapt and twirled to the music, smiling out at the empty audience.

“Oh,” Antonio breathed softly. “She was always my favorite.”

“You’ve been here recently?” I whispered. I didn’t want the woman to think we weren’t enjoying her dance.

“Not for almost forty years,” he said.

His gaze followed the ballerina around the stage. There was something about the way he was watching her, a strange hunger in his expression, that was making me uncomfortable.

As soon as the name had left his lips, the ballerina came to a halt center stage. She was posed on the tips of her toes. Her hands were held elegantly aloft over her head, which was tipped back slightly.

“She was so beautiful,” Antonio said.

I hadn’t noticed that I’d leaned away from him.

He licked his dry lips with his equally dry tongue. “I invited her out once, after one of her shows. Was a real, proper gentleman about it.”

The ballerina was staring up at our balcony now. The spotlight reflected off a tear sliding down her cheek.

“She said no. Laughed at me,” Antonio continued without acknowledging me. “Did the same the next few times, too. Musta asked a dozen times. Brought her flowers and everything, but it was always the same. No, no, no.”

I glanced down at the dancer, worried that she’d stopped because we were talking. She was still looking up at us in the same position, en pointe with arms raised. Thin lines of red had appeared around each wrist and her throat. I leaned forward and rested my hand on the railing, my brow furrowed with concern.

“Miss?” I called down over the music, which had taken on a tinny quality. “Are you alright?”

“She was strong, that one. Musta been from all the dancing. Had a lot of fight in her,” I heard Antonio say from over my shoulder.

The lines on the girl had deepened into open wounds. Tiny rivers of blood started to flow down her arms and neck, staining her pale skin. Her white costume took on shades of wet crimson. Tears rolled silently down her cheeks.

The music started to swell in a disjointed cacophony. She spun away once more. Her movements had become jerky and violent, and with each one, a small spray of droplets scattered across the floor.

“Best night I ever had was here,” Antonio said, and I tore my eyes from the stage to look at him again. “When I didn’t take no for an answer.”

The dancer was thrashing across the stage, throwing herself this way and that. Bruising had appeared across one side of her face and her eye had become swollen and forced shut. Her lips were cracked and split. Blood poured freely now, especially from the gaping slash just beneath her chin.

I was paralyzed in my seat, terrified and half-disbelieving what I was seeing.

“She was everything I always thought she’d be,” Antonio said with sick satisfaction.

The woman’s head flopped back and forth limply while she continued her frenzied dance. Pools of red dotted the stage beneath her feet and soaked into her ballet slippers.

The music ceased abruptly, leaving the last, discordant note ringing in the air, and the dancer collapsed, face-down, on stage.

House lights flooded the theater again. I sprang from my seat and ran from our box into the hall, still screaming for help.

When the staff member finally came running and I dragged her to the balcony railing, the theater was empty again, save for us and the old man. The stage was clean and dry.

When I asked about the ballerina, I was met with a confused and slightly frightened expression.

“We don’t have a ballet scheduled. There aren’t any ballerinas here.”

I tried to describe her, to explain what we’d seen, but the employee just kept getting more and more uncomfortable. Antonio never spoke up to corroborate my story. I must have looked crazy. When it became clear that all I was doing was scaring the poor girl, I gave up, apologized, and quickly wheeled Antonio outside. The nurse was still waiting for us in her car. When she got out, I just told her everything had gone well and had her help me get Antonio into the van.

There was no way I was going to repeat what I’d just seen. I knew how crazy it sounded.

Antonio didn’t speak again at all on the way back to the home and I didn’t either. While I drove with the steering wheel clenched tightly in both fists, he just stared out the window again, same as he had before. Now, though, there was the smallest of smiles on his face.

I didn’t need to ask why, I already knew, and it was enough to make me want to push him out of the moving vehicle.

It was the smile of a man who had just relived the best night of his life.