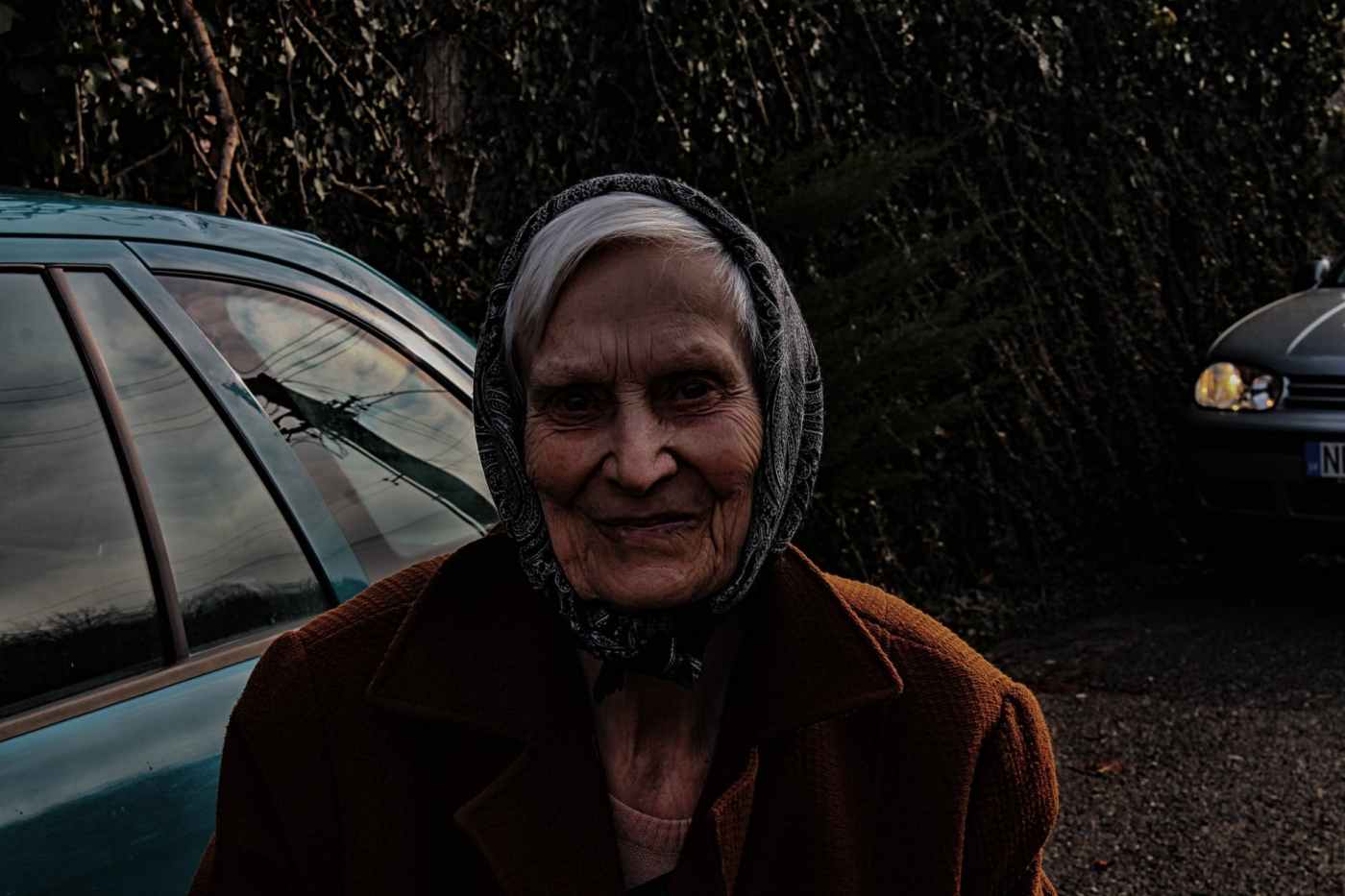 When you’re a scrawny, awkward kid from a poor family, you’re going to be teased. A lot. It’s just one of those inescapable universal truths that nobody questions. Still, you expect it to remain almost exclusively a peer-thing; something that your classmates do when there aren’t any adults looking. Even if the teachers happen to agree with what the others are saying about you, they’re not supposed to join in or encourage it.

Not everyone gets that memo, though.

Ninth grade was a particularly rough year for me. At fourteen, I was still one of the shortest guys in my class, I wore thick glasses that gave me an owlish appearance, and the only clothes I owned were hand-me-downs from my much larger brother that made me look even smaller than I actually was. Saying I made an easy target was like saying Michael Jordan was kind of ok at basketball.

I wanted to complain to my grandmother, Moomaw, about how embarrassed I was just to be me, but I knew she was doing the best she could with what little she had. After my parents divorced and both skipped town, she’d been saddled with two teenage boys that required her to go back to work as a cleaning lady after five years spent in retirement and had never griped about it, so what right did I have?

I like to think that I held up pretty well in the beginning. I didn’t want to bother Moomaw with my problems and I knew my brother, Devon, wouldn’t care one way or another about them, so I kept them bottled up.

When Kelsey spent a few days convincing me she liked me and then laughed in front of all of her friends when I finally asked her out, I stayed quiet.

When Glenn shoved me in his gym locker with his unwashed PE outfit and held it shut until I started to gag, I stayed quiet.

When my lunch was stolen, when I was forced to give over my homework to be copied, when my art project was torn up, I stayed quiet. I thought if I didn’t react and just kept my head down, they’d get bored and move on.

And then Mr. Farkle started.

He was a young teacher, fresh out of college and all too eager to be liked by the popular kids. When he noticed that I was a favored target for teasing, he joined right in. It started out subtly enough with him asking me to go to the board and solve a problem he’d written high up where I couldn’t reach. Once could have been a fluke, but after the third time I had to struggle in front of the class’s barely concealed laughter, I knew it was intentional.

He would ignore me when I had my hand raised to answer a question, but call on me when he knew I didn’t know what he was asking. He would kick my bag whenever he walked by, no matter how far I tried to tuck it under my desk, and tell me off for being careless with my things. He was open and generous with his praise, but only had disparaging remarks for me.

I still didn’t say anything. I just tried to do better, tried to show him that I was just as good as any other student. No matter how hard I worked, though, nothing changed.

My grades, which had always been exceptional, started to drop. Food lost its appeal, as did simply getting out of bed. My stomach ached constantly, my head throbbed, and I was always on the brink of breaking down into tears.

It didn’t take long for Moomaw to notice.

“What’s wrong, Brad?” She had come to wake me for school, but when I just rolled over, she came to sit next to me and rub my back.

Her voice and touch were so gentle and warm, something I’d been lacking from anyone else in a long time, that I couldn’t stop the tears from falling. Through messy sobs, I told her about Mr. Farkle and what he’d been doing. Storm clouds gathered in Moomaw’s eyes and, when I was done, she mimicked spitting at my floor.

It was what she always did before she recited one of her curses.

Moomaw didn’t believe in wishing ill on others, so when she was upset, she’d think up something benign, but annoying, instead. Usually they made me laugh, but that morning, I wanted far worse to happen to Mr. Farkle.

“Don’t you worry, Brad, I’m going to take care of this for you.”

Before I could beg her not to get involved, she had stomped out of the room.

Mr. Farkle’s behavior did change a bit after that. He now ignored me completely except to grade my work with almost painful pettiness, taking any excuse to mark me off. He must have told some of the other kids who he was friendly with that I’d gotten him in trouble, because suddenly I was being pelted with spitballs and crumpled paper throughout class.

I just bit my lip, clenched my fists, and tried to endure it as best I could. I even managed a small almost-smile when I saw him waving irritably at a fly that was buzzing around his open soda bottle a few days after Moomaw’s “curse”. Any enjoyment I got out if it was quickly squashed, though, when a wet, sticky wad of paper hit me in the back of my head.

There was a brief respite from the abuse, when Mr. Farkle was out sick for almost a week and we had a no-nonsense substitute. Being able to complete my math work in peace was almost magical.

It didn’t last, though, and when Mr. Farkle returned, he was in a worse mood than I’d ever seen him. He’d lost a lot of weight while he’d been out and his skin was pale and drawn. Dark circles rimmed his eyes. Severe food poisoning, we learned.

“Bugs all over everything in this damn school,” I overheard him telling his little groupies. “It’s no wonder I got sick with how often I’ve been having to brush them off anything I eat.”

Again, I thought of Moomaw’s curse and quietly delighted in the coincidence.

He must have sensed that I wasn’t exactly upset that he’d been out because it wasn’t long before I was on his radar again. The brunt of his foul temper was unleashed in a rant over how I needed to pay attention in class after I couldn’t figure out a problem quickly enough. He screamed until my face was burning with shame and tears had built up in my eyes. I tried to discreetly wipe them away, but he saw and sighed with disgust.

“Go to the girl’s room if you’re going to cry, Pierro,” he said.

The class giggled and whispered behind me as I hurried out.

Moomaw was livid when she found out.

“That man,” she was shaking with anger. “May his shoes fit poorly and pinch his toes! You sit tight, I’m going to call the school.”

She bustled into the kitchen and I heard her speaking in a sharp whisper to whoever was unfortunate enough to answer. If I had thought of it at the time, I might have told Moomaw about the amusing timing of her fly curse and his food poisoning, but my mind was too filled with self pity and sadness to focus on anything else.

“We have a meeting with Mr. Farkle and the principal tomorrow,” Moomaw said once she’d hung up.

But the meeting didn’t occur as scheduled. Mr. Farkle had been walking down the stairs to reach the principal’s office when he tripped on his untied shoelace and stumbled down the last few steps, twisting his ankle and hurting his foot.

The next time I saw him, he was on crutches and his foot was in a black medical boot. When he propped it up on a stool to teach, the ends of his bruised toes, too swollen to fit comfortably into a shoe, were just visible.

I told myself to remember to mention it to Moomaw that afternoon when she came down to she school for the meeting, figuring she’d get a kick out of the timing of the accident after her “curse”, but the seriousness with which she carried herself when she arrived told me it would be better to just stay quiet.

Our conference with the principal did not exactly go well. Moomaw and Mr. Farkle were almost shouting over each other about what was going on in his classroom.

They went back and forth until Ms. Haggarty, the principal, had to step in. The conversation didn’t become any more productive than that and, when it ended, exactly nothing had been accomplished. Ms. Haggarty did agree that she would see what other math classes might be open to me, but she couldn’t make any promises. In the meantime, Mr. Farkle and I would have to try and maintain a “professional relationship”.

“That man,” Moomaw mimed spitting before slamming her car door. “May his car stall at an inconvenient time!”

The drive home was quiet. Moomaw fumed the whole way and I just did what I did best; kept my head down.

I didn’t sleep at all that night. I was too afraid of what the following day would bring. No doubt Mr. Farkle would take out his anger on me and try even harder to ensure I was miserable. I appreciated Moomaw sticking up for me, but the cost was going to be way too high.

I was already up and dressed when Moomaw knocked on my door at 5:30 the next morning.

“I’m up,” I said, trying not to sound too upset about it.

“Can I come in?” Moomaw asked through the door.

Her expression was grim as she let herself in and came to sit beside me on the edge of my bed.

“I have some unfortunate news, Brad,” she said and I nodded for her to continue. “I just saw on the news that your teacher, Mr. Farkle, was involved in an accident.”

“He was driving home last night and got a flat tire. It was dark and he was standing next to his car when a truck came down the road. It didn’t see him in time and, well…Mr. Farkle didn’t make it.”

I gazed at Moomaw, my mouth hanging open and my eyes wide, and I struggled to find the words for all the thoughts racing in my head.

They kept circling back to one thing, though, the last thing Moomaw had said about my teacher the night before.

“Your curse,” I stammered, “you wanted his car to stall and his shoe not to fit and the flies!”

“What?” She looked baffled, so I reminded her of her curses and told her about everything that had happened to Mr. Farkle after each one.

“Y-you wanted this to happen, didn’t you?”

Moomaw tutted her tongue and smoothed my hair away from my face. “Of course not, Brad! You know I don’t wish ill on anyone!”

“You know me better than that, young man. Now finish getting dressed and come downstairs for breakfast.”

“Everything you said happened, Moomaw,” I said earnestly as she got up, “how?”

“You think an old woman’s silly words could kill a man?”

“I dunno,” I said doubtfully, knowing how dumb it sounded, “maybe?”

She paused in the doorway and half turned to me. “No, dear, that’s ridiculous. It wasn’t what I said that hurt Mr. Farkle; it was what was listening that did.”

She just smiled and walked out.

“Moomaw?” I called after her, but she did respond.

She just left me sitting in my room, staring at where she’d been long after she’d gone, very confused and more than a little afraid.