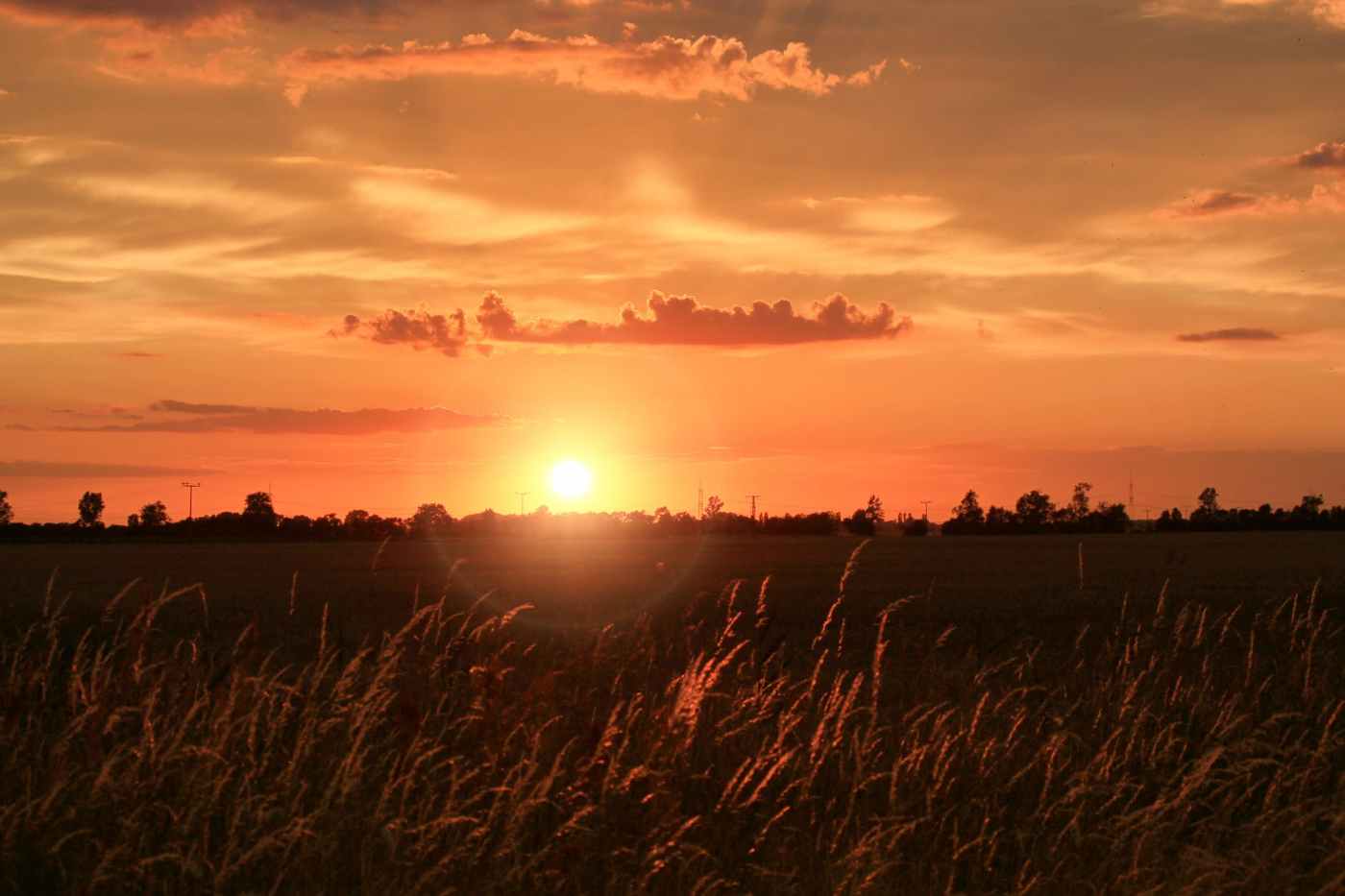 When my sister told me she was moving for a new job, I was torn; part of me was thrilled for her, part of me didn’t want to see her go. We’d never lived more than an hour apart and the idea of her being so far away was an alien one that would take some getting used to. She was too excited to think about the impending distance she was putting between herself and the family, so we did our best not to mention it too much. No one wanted to discourage her.

“I can’t wait!” She told me over the phone. I could hear the crack of packing tape as it was pulled across a box, “Once I’m settled, you have to come visit me.”

“Because it sounds like such a fun and exciting place to be.” I teased, “Who wouldn’t want to go vacation in middle-of-nowhere Florida?

“Come on, there’s lots to do! There’s a nature preserve nearby, the town has a bar, and Orlando’s only a few hours away!”

“Right, what am I thinking? It’s practically paradise!” She snorted and I grinned, “Sorry, Nina, but there’s just no way you’re going to make a town called Passit sound interesting. The name says it all.”

“It was originally Passot, after its founder. The locals just had a sense of humor.”

“Been hitting Wikipedia up, huh?”

“I still can’t believe you spent all that time and money to become a vet and then decide to move to the tiniest town in the US. Is sticking your arm up cow butts all day really that appealing?”

“Anything to get away from you.” She said cheerfully.

When the day of her departure came, we all showed up at her her house early in the morning and helped her load what few belongings the movers hadn’t taken into the back of her car. She gave us each a hug, promised to call when she arrived, and then she was off, leaving us standing and waving at the foot of the driveway. She didn’t look back, though, she never did. That was just how Nina was.

The first few weeks after she arrived seemed almost blissful for Nina. She had an adorable house on a sizable piece of property, she was spending her days shadowing her boss and getting to know clients, and she was loving the small town life. Every day I’d get texts with pictures of her home or the animals she was treating, mostly cows and horses, and messages gushing about how great it was in Passit.

I was unexpectedly jealous of her. I’d been laid off from my job in an accounting firm right before she’d left and hadn’t been able to find another right away, so I’d been forced to settle for a retail gig while I waited for something better to come along. I couldn’t help feeling a bit sorry for myself and, as petty as it was, seeing how successful and happy she was made me even more bitter about my own situation.

I tried not to take it out on Nina, it certainly wasn’t her fault, but she must have sensed something was off because her texts became more infrequent and generic. Our always-easy relationship became strained and, for the first time in our lives, I felt disconnected from my sister. I lay awake at night, staring at the ceiling and thinking about all the things that had gone wrong recently, but nothing was quite so sore as the feeling of losing my best friend.

I decided that, while I couldn’t control the job market or make dealing with customers any more pleasant, I could fix things with Nina. Determined to be more positive and engaged, I shot her a quick text.

“So, that offer to visit still open?”

I waited. And then I waited some more. And then a full day passed without a response. I checked my phone constantly, guilt gnawing away at my insides. I knew I’d been a been a bit short with her, maybe even a little cold at times, but I didn’t think it had been bad enough to warrant no contact. If she would just respond, I’d be more than happy to apologize, I thought, but I didn’t get an answer.

After a few days of continued silence, I called our mother and asked if she’d spoken to Nina lately.

“Not for a few days.” She said, “I figured she was busy and didn’t want to be a bother.”

“No texts or anything?”

“No…why? Is something wrong?” Concern had crept into Mom’s voice, “Sasha?”

“No, I’m sure everything’s fine, I guess I just miss her.”

Mom comforted me, telling me it was normal and she went through it with her own siblings as they all grew up, but an uneasy feeling was wriggling around in the pit of my stomach. Even when she was off at school, Nina had made it a point to check in with our parents every couple of days. She knew how Mom worried.

After we’d hung up, I paced in circles around my living room, chewing my lip. Something wasn’t right; I could feel it. I grabbed my phone again and dialed Nina’s number. It rang once and went straight to voicemail.

I must have sat at my table, staring at my phone, for hours. Every time the screen lit up with a call or text, I grabbed it, hopeful that it would be my sister, and every time the caller ID read differently, my certainty that something was very wrong deepened.

“If something had happened to her, someone would have called us.” I told myself aloud, “Her boss or the cops or…or a hospital.”

But such reassurances didn’t help. If anything, they just made me feel worse. Why hadn’t anyone called?

“Probably because Nina’s fine and there’s no reason to.” I muttered, trying to replace my worry with irritation at my sister’s inattention to her family, “She’s just distracted and busy and isn’t thinking of us.”

That wasn’t like her though, and I knew it. With my night fast slipping away, but sleep an impossibility, I sat down at my computer and started looking around for any recent news out of Passit. Surely a small town without much going on would report on any serious accidents or injuries.

When Nina had first accepted the job offer in Passit, sight unseen, we’d researched the place pretty thoroughly, or so we thought. We’d looked at the town website, viewed their local news, even done a virtual tour of Main Street. It had been cute and quaint and Nina had squealed when she’d seen it. It had been the deciding factor for her. Now though, no matter what I typed in, there was no town website, no tour, nothing.

The only thing that came up when I searched for Passit, Florida were a handful of news articles from the late 70s that hadn’t come up previously.

“The Town That Vanished Overnight”

I clicked through them, skimming them quickly, my heart pounding painfully in my chest. Details were sparse; Passit hadn’t been on anyone’s radar until a young boy was found wandering along a highway, bloody and naked, and gave it as his home. What the police discovered when they attempted to return him was a ghost town. They tried to question the child and find out where his parents were, but his only response was, “They came for us.”

When they asked who “they” were, the boy would just scream.

A search of the town revealed homes filled with iconography that police and religious experts alike couldn’t place; horrible, dark creatures painted on walls, bones and blood and decaying bits of fingers and flesh set out at alters, and, in every one, a book written in a language no one recognized. Although there were signs of a struggle all over the small town, there wasn’t a single person left aside from the boy to tell anyone what had happened.

While Passit captivated the media for weeks, it was dwarfed by the Jonestown Massacre that followed shortly thereafter and then forgotten altogether in its wake. A town of just over two hundred people vanished and then slipped through history’s cracks and, somehow, my sister had ended up there.

I called the nearest police precinct I could find immediately.

“Passit, you said?” The tired sounding officer on the line asked once I’d hurriedly explained why I was calling.

“Your sister got a job there?”

“Yes.” I said, impatient and eager for someone to start looking for Nina.

“You must have got it wrong. No one’s been out in Passit for thirty years.”

“Well, she is, she moved out there a few weeks ago and we haven’t heard from her.”

“Look, she’s a large animal vet out there, working for Dr. Falson. We looked him up, we looked up the town! It was there!”

“It was there, thirty years ago. You ever consider that your sister lied to you?” The dismissal in his voice made my blood boil.

“She sent me pictures and texts all the time when she got there, she had no reason to lie! Can’t you send someone to check?”

“You don’t know that!” I shouted. Tears, hot and angry and frustrated, stung my eyes.

“How the hell can you be so sure?”

The line clicked and then went dead.

I tried to redial, but I received a busy tone and threw my phone angrily at the couch. My thoughts were chaos; I couldn’t explain how Nina got a job in a town that wasn’t there, I didn’t know how we found websites dedicated to it one day and then old news stories talking about its abandonment three decades prior the next, I didn’t know where my sister was.

Questions and fear and helplessness washed over me and I crumbled to the floor, my face buried in my hands. The cops words repeated over and over in my head like a scratched record.

“They’d have come for her by now.”

He didn’t say who “they” were, didn’t tell me why they would want my sister or what they’d do to her. There’d just been a note of abject hopelessness in his voice, a tone that told me to give up before I even began.

I tried to call Nina repeatedly for the rest of the night and each time she didn’t answer, I cried harder. By morning, I was completely drained, worn thin and pale by hours spent sobbing. I could barely move, barely think. There was only one clear thought that managed to stay above the foggy haze that had settled in my skull.

What the hell happened in Passit? 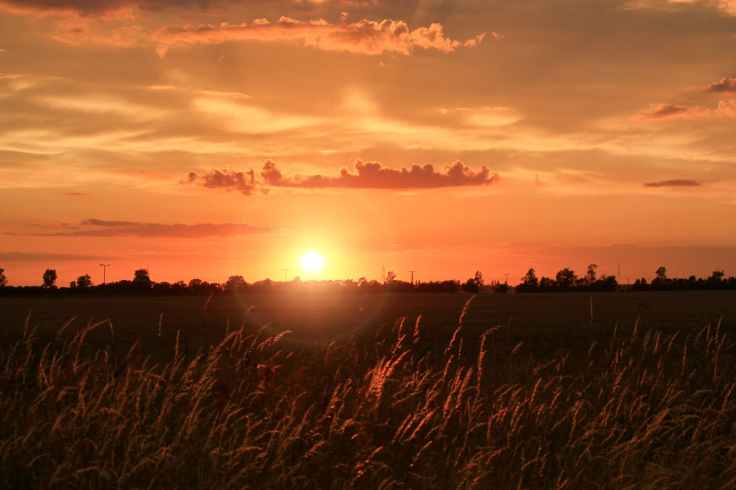