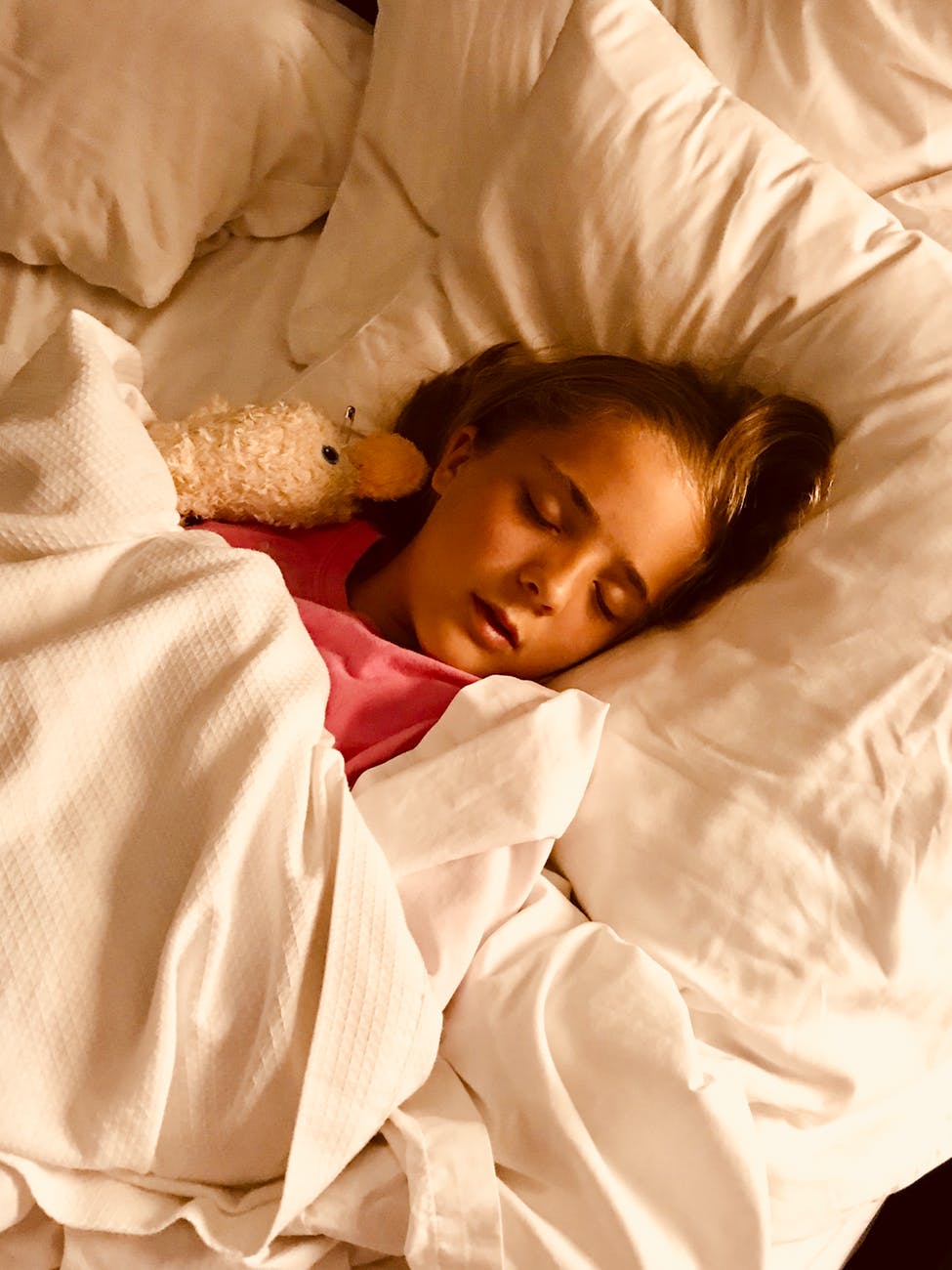 I found her under the old stone bridge on my way home from school. I don’t know how. One minute she wasn’t there, then she was. I didn’t see her, just felt her. This presence hovering over my shoulder. At first I tried to pretend she wasn’t there, like it was just my imagination playing tricks because I’d stayed up late watching those scary movies I wasn’t allowed to see. Then I tried walking faster. Kitten walked faster, too, even though she had no legs. Then I ran. Kitten stayed behind me.

She followed me all the way home and up into my room. Thankfully she didn’t get under the covers with me. I think that might’ve really set us off on the wrong foot if she had.

The room felt sad with Kitten in it. Not scary, not evil. Sad. It made me feel a bit guilty, cowering there while she hung out in the corner radiating loneliness. Finally, I peeked out. I didn’t see her, but I knew she was there.

She didn’t answer, but the mood lightened a bit.

I asked her if she wanted to play. The air tingled with delight.

We spent the day running around my backyard, until my parents called me in for dinner. I invited Kitten to join us, but she was gone again, and I went inside alone.

Mom asked who I was playing with. I said it was my new friend. When she asked for their name, I realized I didn’t know. I couldn’t have a friend with no name. Our cat, Waffles, was perched on his tower in the living room, watching us eat, and I blurted out, “Kitten!”

I worried that I’d never see Kitten again and fretted over her disappearance, as sudden as her arrival had been, while I brushed my teeth. Was she mad at me? Had I done something to upset her? I switched off the bathroom light and went to my room.

I felt her as soon as I crawled under my blankets. Her contentment seeped out from under the bed and surrounded me like an extra layer, warm and safe. I smiled into my pillows, glad that my friend had come back.

No answer, just the continued hug of her nearness.

I woke up standing over my parents’ bed. I was staring down at mom, and she was looking sleepily up at me.

“Something wrong, sweetie?” She whispered.

I said no and left. Kitten followed.

I got back into my bed and frowned, trying to remember getting up in the first place. Kitten was at the foot of my bed.

There was a rustle, it felt like leaves caught in a gentle breeze. We had an agreement.

Kitten was shy in the beginning. She only liked using my body after I’d gone to sleep. Usually I’d wake up in my parents’ doorway, like she’d been watching them sleep, or in front of the fridge with the taste of whatever she’d been eating still in my mouth. I’d just tiptoe back to bed and tell her no more midnight snacks. They made my tummy hurt.

It was a rainy day, the first time she wanted to use my body while I was awake. I didn’t know where I’d go while she was in it, so it made me a little nervous. The room got heavy with her sadness. I agreed, just because I didn’t like it when my friend was sad. I sat on the couch, not really sure what to expect, and a cool sensation washed up my legs and into my stomach, like I was stepping into a pool. Little by little, I felt myself beginning to float away, except my body stayed where it was while the inside me got further away.

I stayed up in the corner of the living room while Kitten took my body and ran outside. No boots, no coat, she just threw her arms wide and splashed through the rain. I could only watch through the picture window.

My body was soaking wet and wearing the biggest grin I’d ever seen when she finally came in with it. We switched places and I hurried to take a hot shower. She stayed behind.

It took a long time beneath the water to get the cold out of my bones.

She was bolder about asking to use my body the next time. Dad had raked the leaves into a big pile in the front yard and she’d hung about as I jumped into it and rolled around. She wanted a turn. I could feel it in the excited way the air crackled.

I stayed up in the tree branches above the pile while she threw herself into it with my body. She stayed longer than she had before, until my mom called me in for dinner. Getting back in was harder than I remembered and I had to use all my concentration to force the inside me back into my body. I could feel Kitten sulking like a damp towel across my shoulders.

My teeth clattered against my fork the entire meal. Mom made me take a bath and gave me cold medicine before sending me to bed early.

“I don’t know if I want to keep sharing,” I whispered at the empty corner of my room.

“I don’t like how it feels after you’ve had it.”

But Kitten became more pushy. Every night I’d find myself somewhere new. Sometimes inside, sometimes out, and each time I managed to wake up, it was later than the night before. During the day, I had become sluggish and pale. It was hard to hold my head up. I was feeling less and less like me, and more and more like a shadow trying to operate the complicated, exhausting machine that was my body. All the while, Kitten never went far. My parents noticed that I was doing poorly. I was taken to a doctor, but he just said I needed more sleep.

I didn’t want to sleep, though.

I wanted to take Kitten back to the bridge and leave her there,

I made it as far as the couch before I slumped down, too tired to go further. Kitten loomed nearby, emitting such excitement and glee that the hairs on my arms stood up.

I felt that stepping-into-a-pool sensation, except instead of being cool, it was like daggers of ice tearing at my flesh as I plunged into a freezing, rushing river. The inside me was ripped from my body and thrown away from it.

Kitten smiled with my face.

“Sorry,” she said in my voice, not sounding sorry at all. “But being alive is so much better than dead.”

I couldn’t respond. For a long time I couldn’t even move. I had to stay up in that corner of my living room, watching Kitten pretend to be me. I knew she knew I was there. She could feel me. She could feel how much I hated her. But she ignored me, and she never invited me to use my body.

I tried to get my parents’ attention and tell them that that wasn’t me, but they didn’t even know I was there. They explained all of Kitten’s new behaviors away as growing pains and getting older.

And all I could do was watch.

Time meant nothing. Kitten got older in my body. My parents got older. I stayed the same. I learned to drift about, but I had no name. No voice. No body. And when my parents moved out with Kitten, I had no one.

A family of four moved in to what had always been my home. A dad, a mom, and two young girls, Laurel and Evie. I watched them, the same as I had watched my family. They worked, they went to school, they ate dinner together every night, and I was with them for all of it.

Then, one night, little Laurel peeked out from under her brightly covered bedspread, and looked in my direction.

Happiness like I had never known flooded through me, and the room warmed around me. For the first time in a long time, someone knew I was there!

And for the first time in a long time, I had hope.

Kitten was right. Being alive is much better than being dead.

I just hope that, wherever she is, Laurel has been able to forgive me.