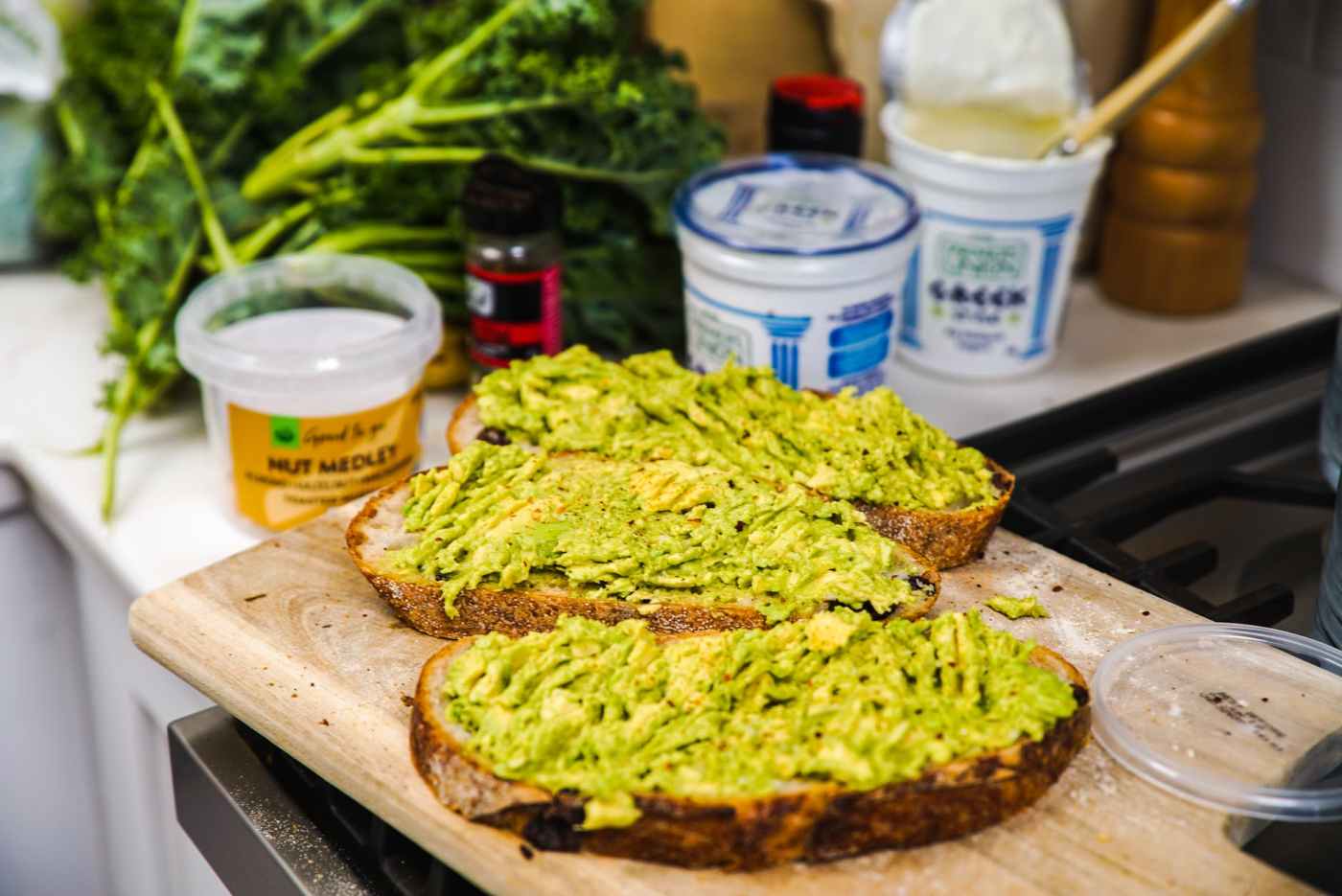 He’d been watching for months. Waiting. Patient. Poised. And now, he was ready.

Friday night. Seven o’clock. Her parents would be going out for their weekly dinner and movie. They’d be gone for almost four hours exactly. Never more, never less. They were the type of couple that the phrase “You could set your watch by them” was made for. He appreciated that quality in a person.

She’d be up in her room, like she was most nights. Blonde, blue eyed, a popular girl in her community college theater circle. The all-American princess who enjoyed spending quiet Friday nights home alone.

He’d known he had to have her from the first moment he saw her. She’d been walking home alone from campus in a white skirt that brushed the top of her knees and a pale pink top, looking every bit the part of spring after a long, cold winter.

She would make a fine addition to his collection.

He leaned against the tree across the quiet suburban street from the Lackaday house. She’d leave one light on in the foyer for her parents, he knew. A moment later, the curtained window on the far right of the second floor would illuminate. She’d stay in there for the rest of the evening.

Tonight, it would be for the rest of her life.

When he felt comfortable that she would be fully settled, he jogged quickly across the street. After making sure no one was around and watching, he hoisted himself up over the fence and dropped into the backyard.

People often felt safe behind their tall slats of wood. All boarded up against the outside world. The sense of security, combined with living in a peaceful, white-collar neighborhood, made them lazy. The Lackadays were no different. He’d tested his theory a few times already and each time, they hadn’t disappointed him.

The back door’s knob turned easily beneath his fingers, the same way it had during every previous visit.

He couldn’t stop the smile that crept on to his face. He’d waited for so long, and now the moment was almost upon him.

Did she know, deep down, he wondered? Was there any inkling, a sixth sense itching to be noticed?  You’re in danger, it would shout. But Jessica would ignore it.

He crept through the kitchen, bypassed the living room, and started up the stairs. He took them slowly, one at a time, on his tiptoes. When he reached the first landing, he unsheathed his hunting knife. Its handle was welcome and familiar in his grip.

At the top of the stairs, he paused. Her room was straight down the hall, the last door on the left. It was open and the light from within splashed across the floor and wall, beckoning to him. Sweet Jessica, only twenty. What a deliciously innocent age.

He stepped into the light.

Her room was bright and cheery, all shades of pink, purple, and white. A shelf of stuffed animals hung over her bed. A cork board of photos and cards, important events and memories took up another wall. She was still a child in so many ways. Jessica was at her desk with her back to him. She was watching something on her laptop. He allowed himself to drink in the image: this young, beautiful woman wasting the last few moments of her life on something so meaningless.

The door clicked shut behind him.

Jessica jumped, startled, and spun in her chair. There it was. The wide-eyed stare. The slow realization of what was about to happen. The slightly parted lips as her thoughts tangled with white-hot fear. This, even more than the act itself, was his favorite part.

“Are you…are you going to kill me?” Her eyes had dropped to his knife.

Now he was staring, wide eyed, lips parted, at the girl. She stood up.

“So how do you want to do this? In here? Or can we go to the bathroom? Easier cleanup.”

She was removing her necklace and rings and tying up her hair in a floral scrunchie.

“I…” he gaped, suddenly on his guard. This was some kind of trick. It had to be.

“Do you mind if I play some music?”

“I’m super into the classics. You know, My Chemical Romance, Simple Plan, that kind of thing. But if you’re into something more contemporary, I can make that work.”

“Shut the fuck up,” he shook his head sharply and shouted.

“Oh, sorry!” She put a hand over her mouth, but then whispered around it. “I’m not sure how this is supposed to go.”

She sat neatly on the edge of her queen sized bed and smoothed her skirt over her thighs before folding her hands in her lap and looking up at him. Her expression was…expectant.

“What the fuck,” he muttered.

She leaned forward a bit. “Ugh, can I just thank you? I’ve been waiting literal years for this.”

“This! The whole ‘Ah, I’m dead, but it’s not my fault so I won’t disappoint anyone’ thing!”

“A-are you…are you ok?” He couldn’t stop himself from asking.

“Do you…I dunno, want to talk about it?”

Her smile faded just a bit. “What, like…how you’re going to do it? Because I’d prefer it to be quick. Not a huge fan of pain and stuff.”

“I could take pills first, if that helps? Get sleepy or something. Mom has some Valium in her bathroom, maybe some Oxy, too. Oh, was that rude? I don’t mean to tell you how to do your thing.”

At some point, his knife had lowered until it was at his side again, tip pointed toward the floor.

Jessica crossed her legs demurely. “You look a little pale. Are you nervous? Can I get you anything? Water? Vodka?”

She closed her eyes and tilted her head back.

He remained standing by her bedroom door, wondering if he should be checking for hidden cameras.

“Excuse me? I don’t mean to rush you, but you are going to kill me, right?”

“Great. When you’re ready, could you hit play on my computer? I have a playlist ready.”

Jessica sighed and opened her eyes again. “Is something wrong?”

“No. The first one who wanted to…you know…”

Jessica waved for him to take a seat in her computer chair. Reluctantly, he crossed the room and sank into it, befuddled. She patted his knee.

“This isn’t how this is supposed to go,” he said in a near whine.

“You’re not supposed to want it!”

“What the fuck is wrong with you?”

“My doctor said it’s generalized anxiety with a nice, unhealthy side of depression. Really, though, I think it’s more the crippling debt if I want an education, the fact that, even if I do go to school, I probably won’t find a job in my field, living with my parents until I’m fifty because I can’t find a job that will let me pay for food, much less afford rent or a mortgage. Or maybe it’s that irrefutable, scientific facts have become something for ignorant world ‘leaders’ to debate because admitting to it might affect their bottom line. Or it could be that, as a woman, my reproductive organs are becoming public domain. Or is it that my friends who aren’t white or straight are —”

“Stop! For fuck’s sake!” He pressed fists over his ears.

“Oh, sorry. Sometimes I ramble. My therapist says it’s a coping mechanism. But that’s besides the point. If you want to get started, I’m totally down.”

“Y-you can’t feel like that. You’ve got everything going for you!” He argued.

She nodded thoughtfully. “Yeah, I guess so. I mean, I’m certainly not living that Instagram life, but it’s not so bad. Aside from being bombarded by society telling me that I need to constantly worry about how I look, how I act, what I say, whether I’m letting everyone down, and knowing that I’ll never have a secure financial future. The earth is dying anyway, so why does any of it really matter?”

They stared at one another in silence.

“Just the knife is good.”

“Would a hug help you get back in the mood?”

“You sure? We could start over. Go back out and when you come in, I’ll be all scared, promise.”

Jessica grabbed him by the wrist. “Do you have to?”

“I could make you some avocado toast. That might cheer you up.”

She sighed again and let him go.

“Maybe we can do this again sometime?” She asked hopefully.

“Yeah,” he started for her door. “When you’re in a better place.”

He paused in her doorway and half turned back to her.

“Just…what the fuck?” He muttered again, and then disappeared back into the night.

2 thoughts on “How Millennials Are Killing The Murder Industry”